Pep Guardiola led side Manchester City believe they can lure Lionel Messi from Barcelona. Per reports the Argentine is open to offers and wants to leave Nou Camp which is set to be restructured. The Cityzens believe they are in pole position to sign Messi if he decides to quit Barcelona in the aftermath of the clubs Champions League humiliation against Bayern Munich. 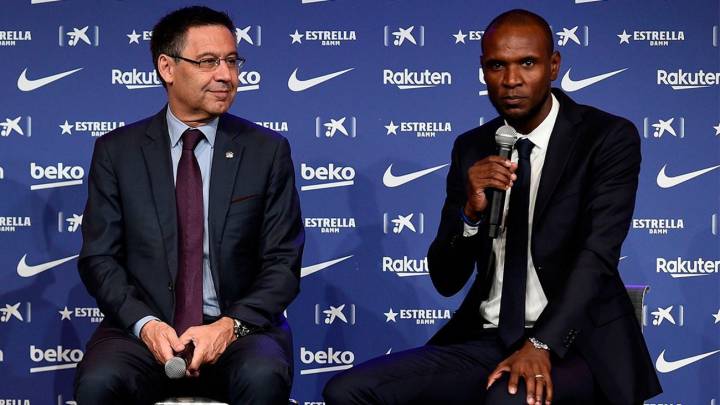 The record Ballon d’Or winner’s future has been in doubt for a while. This became more apparent with the public argument with the now sacked Director of Football Eric Abidal.

City are ready to do everything to bring Messi to the Etihad and reunite him with former boss, per reports. The duo enjoyed a trophy laden year together at Barcelona. They won record breaking fourteen trophies in four years together. With Messi having a clause in his contract that would allow him to leave on a free transfer at the end of the summer, there is a slim window for City to pull a miracle. There are reports that the contract expired in May, meaning his release clause is now £635 million. Other reports argue that if Messi decides to leave both clubs would just agree a fee independent of the clause as it is almost impossible.

Brazilian legend Rivaldo earlier mentioned that Messi could reunite with Guardiola at the Etihad, and this is becoming more apparent by the day. He added that since the player has won everything possible in Spain then now might be the clean break to leave. The 32-year old still has at least two seasons at the top level which could benefit City.

City and Inter Milan are the two clubs to have declared public interest in the Barcelona legend. It is no longer a secret that Barcelona are in crisis after a season in which they surrendered the La Liga title to bitter rivals Real Madrid. They were also eliminated from the Champions League with an embarrassing 8-2 scoreline by Bayern Munich. Messi was seen leaving the pitch in Lisbon looking dejected after a year spent battling Barca president Josep Maria Bartomeu and the Nou Camp hierarchy on the direction of the club.

Messi’s current deal ends next season, but this coincides with when City are reworking the team. Guardiola wants a replacement for Sergio Kun Aguero, with the striker expected to leave this summer. In all of these, Harry Kane remains a fixture either with a move to City to replace Aguero or to Barcelona if Messi leaves. The likelihood that Spurs release Kane is negligible.

Previous Post: HEINZE REVEALED HE WAS KNOCKED OUT BY KEANE
Next Post: KANE CREDITS DUO FOR BIG IMPACT