Tottenham Hotspur striker Harry Kane is closing in on the all-time Three Lions of England goalscoring record after he scored the winner during the international friendly meeting with Switzerland on Saturday. Manchester United legend and current Derby County manager Wayne Rooney is the current recipient of the record with 53 goals and Harry Kane was able to move within four goals of equalling his record thanks to the winning goal against the Swiss team at the Wembley Stadium. 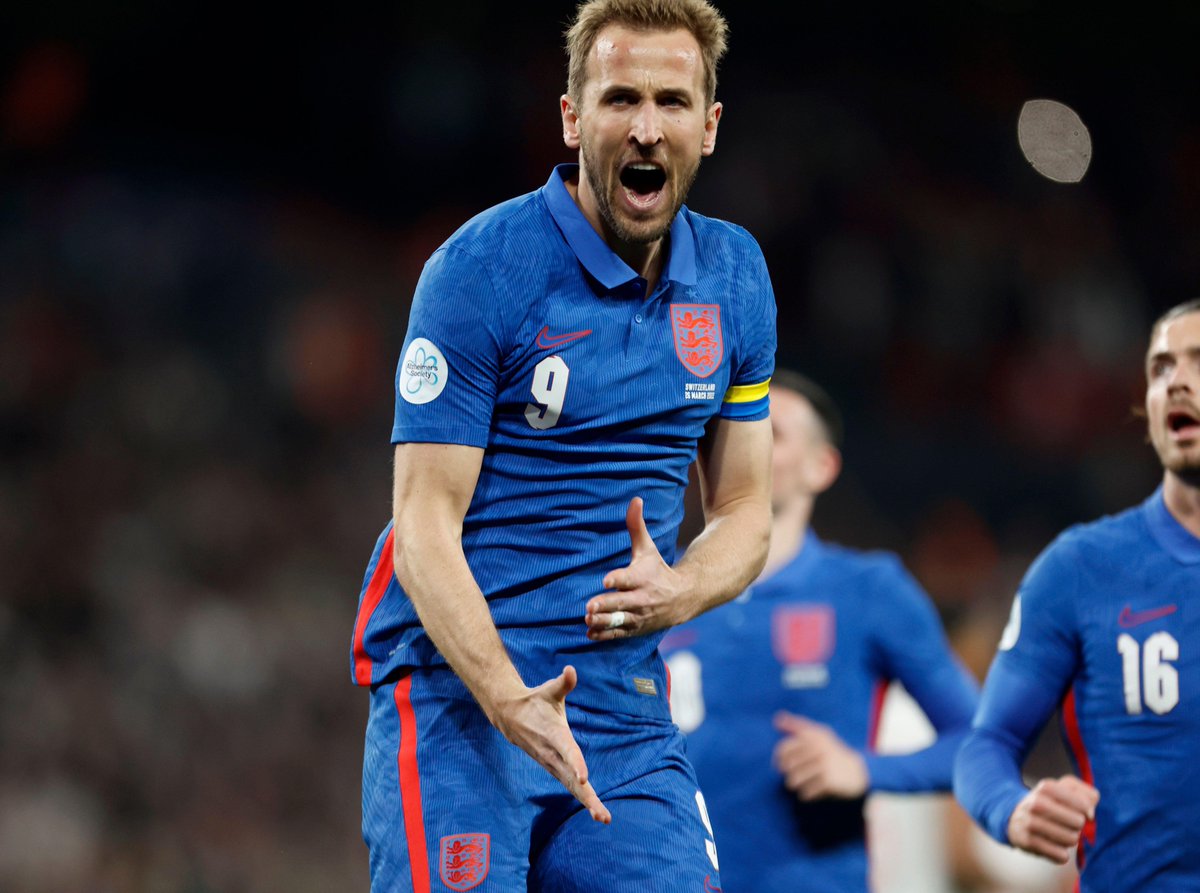 Kane began the Swiss game as joint third on the list of England goalscorerswith 48 goals alongside Gary Linekerand behind Bobby Charlton on 49 goals and Wayne Rooney on 53 goals. The Spurs man was able to move level with Manchester United legend Bobby Charlton on 49 goals after his winner as England came from behind to beat Switzerland 2-1 at home.

Switzerland were clearly the better team in the first half as a largely experimental England XI struggled in the first half. The hosts had Everton goalkeeper Jordan Pickford to thank for just the one goal conceded in the first half as Switzerland could have been out of sight if not for the ex-Sunderland shot stopper.XerdanShaqiri provided the assist for BreelEmbolo to give the Swiss team the lead around the midway point in the first half. The Swiss team were on the way to a first half lead before the error from defender Fabian Freiallowed Crystal Palace midfielder Conor Gallagher to pounce and provide the assist for United left-back Luke Shaw.Harry Kane then scored the winning goal from the penalty spot after Steven Zuber was penalised for handball on 78 minutes to move level with Bobby Charlton.

Harry Kane would be hoping to add to his tally of 49 goals when England take on Ivory Coast in their final friendly game of the current international break.