Tottenham Hotspur striker Harry Kane was unable to add to his Premier League tally at the weekend in the race to win the Golden Boot at the end of the season. Harry Kane was not at his best as Spurs ended on the losing side at the end of the North London Derby clash with Arsenal. Harry Kane is one of the top three favourites to win the Premier League Golden Boot this season alongside Manchester United playmaker Bruno Fernandes and Liverpool attacker Mohamed Salah. Egyptian international Salah leads the other two players after netting 17 league goals till date. Harry Kane and Bruno Fernandes have 16 league goals apiece this season. 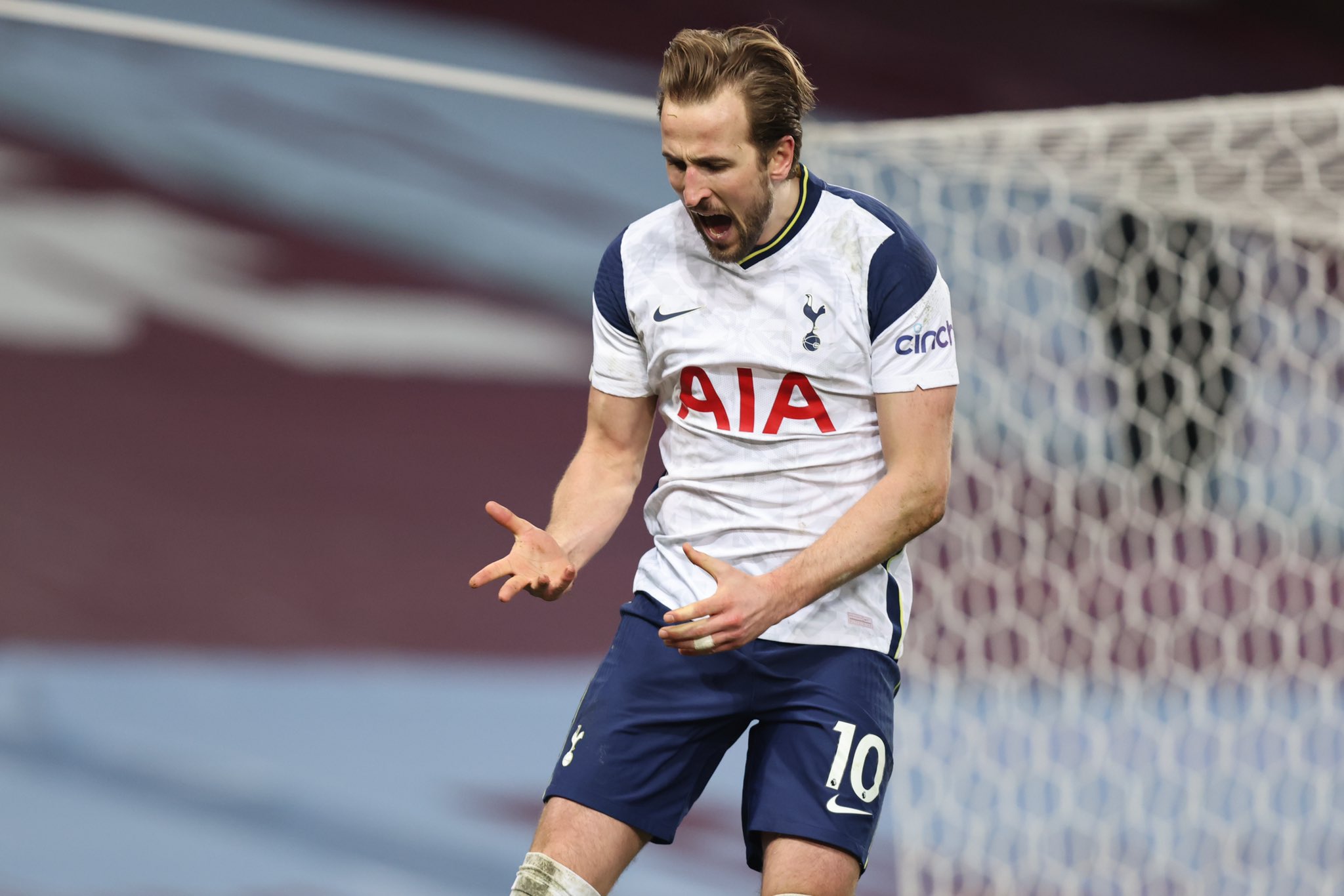 Salah was unable to add to his tally of 17 league goals when Liverpool got the better of Wolverhampton Wanderers in their last league game on Monday night. The ex-Fiorentina and Chelsea player was involved in the build-up to the only goal of the game scored by Diogo Jota. The Portuguese international scored on the stroke of the halftime interval to hand his team a slender 1-0 away win over Wolves at the Molineux. On his part, Manchester United midfielder Bruno Fernandes was also unable to add to his Premier League tally of 16 goals this term when Manchester United entertained West Ham United in their last league outing on Sunday night. Hammers defender Craig Dawson scored an unfortunate own goal in the second half to give Manchester United a slender 1-0 win. The result took the Red Devils above Leicester City and into second position on the league table. Portuguese international playmaker Bruno Fernandesdidn’t score or provide an assist during the game against West Ham.


Spurs striker Harry Kane hit the post during the game with hosts Arsenal as he failed to save his team from a 2-1 defeat to their North London rivals and also failed to add to his 16 goals. In the race for the Golden Boot, Harry Kane has a little advantage over Salah and Fernandes as he has an extra game over the two players. The extra match is the away game at Aston Villa on Sunday night.