Arsenal legend-turned-pundit Thierry Henry has praised Pep Guardiola for changing his way of viewing the game. The French legend joined Barcelona from Arsenal in 2007 when he was close to approaching his 30th birthday but he has acknowledged that he still had plenty to learn under the guidance of Guardiola. 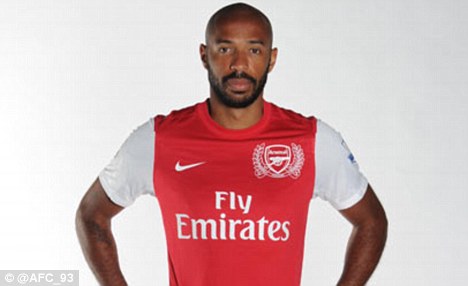 Speaking to Soccer AM, he said: “I learned how to play football again at 30 years old. After what I had achieved at club level, Arsenal, Monaco, Juve – even if it was only for a short period – but also at international level, I suddenly saw the game in a different way – understanding space, understanding staying in your position, understanding you have to give 100 per cent at everything.Even when we used to pause to drink in training, you had to run, drink, run back to the drill – his attention to detail is second to none.”

Guardiola had a tough introduction to Premier League football during the 2016/17 season whereby the Citizens had to scrape to secure the final Champions League spot. However, the following campaign saw the best of the manager’s abilities as the Mancunian giants cruised to the Premier League title in a historic fashion.

Apart from securing the most wins and most goals scored, Guardiola’s men also became the first side to reach the 100-point mark in a single Premier League season and the record appears unlikely to be surpassed in the future, given the competitiveness of the top-flight which provides surprise results every now and then.

Manchester City have made an unbeaten start to the new season with seven points from their opening three matches. The Citizens managed to beat Arsenal and Huddersfield comfortably in their opening two games but they were thereafter held to a 1-1 draw on the road to Wolverhampton Wanderers. The Premier League newcomers played with a positive mindset during the day and they managed to come with a point after some lucky breaks.